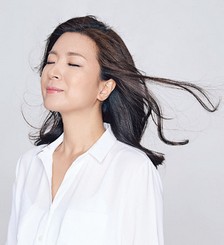 Sungji Hong (South Korea/USA)’s music has been described as “a work of iridescent freshness” (BBC Music Magazine), “the sound is utterly luminous” (Fanfare Magazine), “it had fantasy, colour and drive” (Nottingham evening post), “outbursts of rhythmic energy” (The Irish Times), and „a virtuoso exploration of the technical and sonorous possibilities” (Daily Telegraph).
Her music has been performed in over 44 countries and 194 cities throughout Europe, the United States and Asia. Her music has been widely broadcast in more than 17 countries (37 channels) and has been recorded and released on the Soundbrush, Elektramusic, Atoll, Dutton label and by ECM Records.
Her creative output ranges from works for solo instruments to full orchestra, as well as choral, ballet and electroacoustic music. Her works have been commissioned by the Fromm Music Foundation (Harvard University, USA), the Tongyoung International Music Festival (Korea), the Seoul Philharmonic Orchestra (Korea), the Keumho Asiana Cultural Foundation (Korea), the Foundation for Universal Sacred Music (USA), the International Isang Yun Music Society (Germany) and the MATA Festival (USA).

The Tempest (2007) is a song cycle to texts from Shakespeare’s play The Tempest.
In the first song, a sustained pitch ‘A’ is transformed through different instrumental combinations and techniques. This long, coloured pitch ‘A’ is abruptly interrupted and plunges into the low register where it wavers in the dark and rich tones whilst a voice is faltering in wide intervals and in a high register.
In the expressive second song, the soprano weaves lucid and tranquil lines which give a sense of a melancholic mood. Its lyricism represents a dramatic and emotional culmination of the entire work.
The third song is lively and dramatic, characterized by trills and tremoli, vehement dynamics and especially agile motifs on the piccolo. The voice reveals its presence through elaborate melismatic lines, including trills which imitate instrumental lines and vice versa.