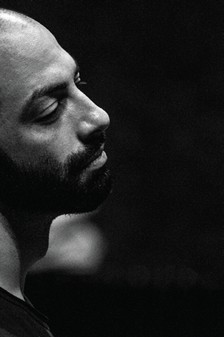 Draško Adžić (Serbia) acquired his doctoral degree in composition from the class of Professor and Academician Isidora Žebeljan at the Faculty of Music in Belgrade, where he currently teaches as an assistant professor. In addition, he has also worked as an associate at the Faculty of Dramatic Arts in Belgrade.
Works by Adžić have been performed in various countries. He has participated at music festivals such as Gaudeamus Muziekweek, ISA PragWienBudapest, Music Biennale Zagreb, and BEMUS. Adžić has received commissions from numerous ensembles, including the Belgrade Philharmonic.
Adžić often composes music for the theatre, film, and television. He has written music for over 40 different productions in Serbia and the region.
Incidental music by Adžić has been performed at the following festivals: Berlinale, Internationale Maifestspiele in Wiesbaden, Raindance, in plays produced at Ulysses Theatre (Croatia) as part of its regular season, at BITEF, Sterijino pozorje, MESS, Fest, Cinema City, etc.
Adžić was a member of the jury at the 51st BITEF festival. In 2015, he was selected as one of the artists to represent Serbia at the 13th Prague Quadrennial, and in 2019 he worked there as one of the mentors of the student selection.
In 2012, he won a Sterija Award for his original incidental music written for the play Radnici umiru pevajući (Workers Die Singing).
Adžić also performs as a theatre and concert pianist, singer, and conductor, interpreting his own as well as works by other composers.

The Anamnesis of Miron Goldenberg, Esq., a short tavern song for baritone and nonet is a piece of music that attempts to portray the condition of Miron Goldenberg, a fictional and mentally unstable opera singer of world renown, on the eve of his nervous breakdown triggered by the unexpected demise of his dazzling career.
The piece was composed on the initiative of Prof. Borislav Čičovački, for FILUM, the chamber ensemble of the Faculty of Philology and the Arts at the University of Kragujevac, whose members, including Prof. Čičovački, premièred the work at the opening of the 6th Nowa Muzyka festival in Bydgoszcz, Poland, in 2018.