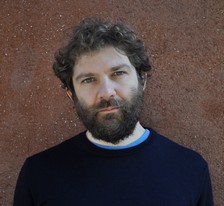 Michele Del Prete (1974, Italy) received his Ph.D. in Philosophy from the Freie Universität Berlin in 2005. He studied Viola da Gamba with Nanneke Schaap in Verona and graduated in Electronic Music in Venice studying with Alvise Vidolin and in Composition in Graz studying with Beat Furrer; he received further guidance from Giacomo Manzoni in Fiesole. Several conferences and performances in Europe and in the Americas. Together with Pierluigi Billone he organized two conferences in Palermo and in Venice. He performed his electroacoustic works in complex spatialization settings in Graz (IEM), Madrid (Auditorium Museo Reina Sofía), Chatham (Historic Dockyards), Manchester (Mantis). He works on poems by Roberto Bacchetta and collaborates with the video artist Igor Imhoff. In 2019 he received a mention of honor from the International Composition Award Six Historic Organs of Mafra; in 2020 he has been one of the winners of the Wien Modern call for works for historical organs. He is currently conducting a PhD in Artistic Research at ACPA Universiteit Leiden – Orpheus Instituut Gent on the theme Composing for organ and electronics: spaces and practices. He teaches Aesthetics at the Academy of Fine Arts of Venice.

This work was composed as an artistic investigation into the pedal stops of one particular organ, the 1822 Carlen Walpen organ of San Gaudenzio in Baceno (Italy). This instrument is quite idiomatic: built by organbuilders of the Wallis school in an Italian mountain village located just beyond an important Swiss-Italian pass it shows an extremely precious sound identity – a very original synthesis containing Southern-German, French and Italian elements. In CONTERpasso the four double basses explore as one hyper-mimetic sound organism organ stops such as the CONTERpasso 16’ (whence the name of this work derives), the Supasso 8’, a Cornet deconstructed into two stops, and the Pedal-Trumpet 8’. This work inaugurates a series of compositions that thematically address the idea of working on organ sonic properties beyond the presence of an organ.

This piece has been written for the Composers’ Association of Serbia 30th International Review of Composers.