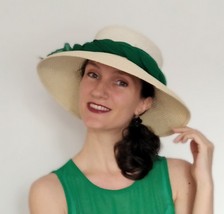 Ana Kazimić (1985, Serbia) graduated from the Academy of Arts in Novi Sad with ballet music Love – The Power of New Awakenings. She completed doctoral academic studies of composition at the Faculty of Music, Belgrade, with a dance fantasia Muerto de amor for vocal-instrumental ensemble, electronics and dancers, supervised by professor Zoran Erić. She works as an Assistant in the artistic field of composition and conducting at the Faculty of Arts in Niš.

Ana was the winner of the young composers’ competition held under the auspices of the Triorca project initiated by Norfolk County Council’s Music Service, England. At the International Composition Competition commemorating the 1700th anniversary of the Edict of Milan, her piece was awarded as the best one. She was among the five young composers in the world selection for Aurora Fine Arts Festival in Stockholm. One of Ana’s works was selected by the ISCM committee to be performed at the World New Music Days 2020 in New Zealand.

Ana has volunteered at the National Theatre in Belgrade (composition, choreography, dance). Among her dance awards, she singles out the first place at the 2013 World Competition.

The work for solo accordion, Etilirilid, was commissioned by Nikola Peković for his doctoral art project, which he will defend at the University of Évora, Portugal. The title of the work refers to the combination: etude + lyricism + Lied. Within this composition, the acoustic specifics of the accordion are also explored, including primarily some of the possibilities offered by the stereo setting of the instrument. The characteristic of the physiognomy of the instrument that influences the appearance of tones is also used – different time required for the movement of individual tabs to flicker.