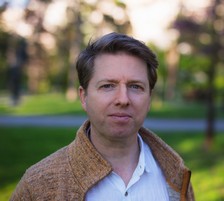 IIan Wilson (1964, Northern Ireland) has written more than 200 compositions, including operas, concerts, twenty string quartets, orchestral and chamber music, as well as multimedia works. Wilson’s compositions have been performed and broadcast on six continents and have been presented at festivals such as the BBC Proms, the Venice Biennale, the ICM World Music Days and in venues such as New York’s Carnegie Hall, London’s Royal Albert Hall and Wigmore Hall, Amsterdam’s Concertgebouw, Vienna’s Muzikverein and Tokyo’s Santori Hall. In 1991, Wilson won an award at the Ultima Festival in Oslo for the orchestral composition Running, Thinking, Finding, and in 1992 he received the Macaulay Fellowship of the Arts Council of Ireland. In 1998, he was elected a member of the Aosdán Association of Creative Artists of Ireland, and in recent years has also been a research professor on the Arts and Humanities Research Board of the University of Ulster, in post-doctoral research. within the An Foras Feas consortium at the Institute of Technology in Dundok, Ireland, and a composer-associate of the California Camerata Ensemble of California and the Ulster Orchestra. He was the artistic director of the Sligo New Music Festival from 2003 to 2011.

Over fifty of Wilson’s compositions are available in commercial editions of Farpoint, Diatribe, Riverrun, Black Box, Timbre, Guild, Meridian and Chandos. His scores were published by Ricordi from London and Universal Edition. Website: www.ianwilson.ie

Dedicated to so-called leaders and people in power everywhere who pander to their own desires, dogmas, pockets, narrow support bases, and/or stockholders instead of serving the greater good.

You will be the end of us all.

The emptiness of the ever-expanding universe cannot compare to the void where your heart should be  for small ensemble (2018) was commissioned and premiered by the Hard Rain SoloistEnsemble of Belfast, and reflects in music the actual emptiness of certain political promises and desires of meagre melodic and harmonic means. The instrumentation is alto flute, bass clarinet, piano, violin and cello, with additional music boxes for all plus e-bow and percussion beaters for the pianist, an analogue radio, and resonators.