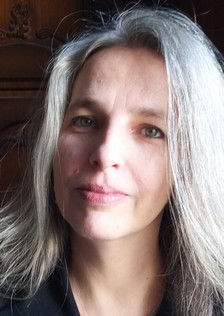 Svetlana Savić (1971, Serbia) is a Full Professor of the Faculty of Music in Belgrade. From 2011 she is a lecturer at the Interdisciplinary studies at University of Art in Belgrade.

She won the Stevan Mokranjac prize for 2014 (for her piece Zarobljena /Trapped/, for female choir and electronics) and review Musica Clasica’s Composer of the Year 2016.

Orfej u glavnom gradu (četiri snoviđenja) (Orpheus in the Capital City /Four Dreams/) is a poem by Saša Radojčić, professor of the Faculty of Dramatic Arts in Belgrade, writer, poet, literary critic, doctor of philosophy: https://flu.bg.ac.rs/sasa-radojcic/

This is the first song I didn’t reshape to adapt to the music. After Orpheus, I didn’t change a single word in the songs I chose to compose – Orpheus changed me. The voice is alone with the sounds of the city, alone in a city on which a big bomb will fall. It will kill the poor, the hungry; it will kill hunger, shame and sin. Everyone runs away, but some also come back, look back, look for something or someone. Everywhere is fear, existence has been turned upside down; the path from pain to loss, what we are running away from, and there is no end to it. Some are still looking back and looking for…