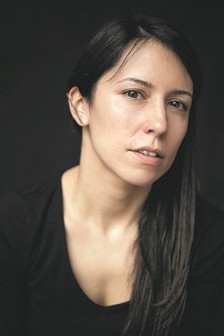 Maja Bosnić (b. 1985, Serbia) is a composer and performer from Belgrade. She is drawn to impossible missions, absurd solutions, limited material, playfulness, uncertain outcomes, audience participation, treating instruments as ready-made objects of expression, and treating real-life objects as musical instruments. She obtained a PhD degree in music composition at Goldsmiths, University of London (UK), supervised by prof. Roger Redgate, and is currently working as Assistant Lecturer in Composition at the Faculty of Music in Belgrade. She writes pieces for solo, chamber, ensemble, and orchestra performances, as well as, projects for electronics, multi-media, and interactive settings with audience participation. Bosnić’s works have been performed in festivals, such as Musikverein, Musikprotokoll, Impuls (Austria), CTM Festival, Darmstädter Ferienkurse, Festival Jünger Kunstler Bayreuth (Germany), IYAF in Kingston upon Thames, London Composers Forum (United Kingdom), Tzlil Meudcan (Israel), Spazio Musica (Italy), Delian Academy of New Music (Greece), Sites + Subjects (Bulgaria), Timsonia Festival (Romania), Music Here and Now, KOMA, International Review of Composers, April Meetings, and S.U.T.R.A. Festival (Serbia). Her works have been performed around Europe with the support of the Ministry of Culture of the Republic of Serbia, Secretariat for Culture of the City of Belgrade, Goethe-Institut, Ernst von Siemens Music Foundation, the Austrian Ministry of Culture and European Cultural Foundation. She was awarded third prize at the international composition competition New Music Generation in Kazahstan 2020, honorable mention at the Thailand New Music and Arts Symposium, scholarships, and annual grants by the Ministry of Youth of the Republic of Serbia, Donaueschinger Muziktage 2014, and Delian New Music Academy in 2019.

Plucked. (2019) for harpsichord and strings is inspired by an art installation by Etienne Krähenbühl, called Bing Bang (2010-2018), where a mass of large metal wires moves in waves from its center to the edges and back. Harpsichord is the main trigger, so it brings new motifs and starts new changes in the material, which are then spontaneously and belatedly adopted by the string orchestra until we get a large mass of instruments performs the same material. Since, harpsichord strings are plucked with feathers, that are most often made of plastic these days, string instruments must be plucked with plastic cards. The work is also referencing the famous 15th-century composition La Follia, by reusing its formal plans in some sections, as well as the rhythmical scheme of the popular main motif of the theme, performed in retrograde order (from its end towards the beginning).