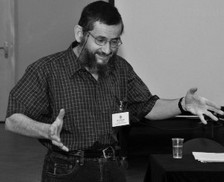 Miloš Zatkalik (b. 1959, Serbia), the composer and music theoretician, studied composition at the Faculty of Music in Belgrade with professors Vasilije Mokranjac and Rajko Maksimović. He had study visits in the USA and England.

He is a full professor at the Department for Composition of the Faculty of Music in Belgrade, in the theoretical-artistic field of Music theory. He is a member of the Senate of the University of Arts in Belgrade. He also taught at the Academy of Arts in Banja Luka (Bosnia and Herzegovina). He was invited to give lectures in Canada, Norway, the USA, Slovenia, Germany, and Australia.

As a music theoretician, he took part in numerous scientific conferences and he published a number of texts, including a book on posttonal prolongation. He authored the first Serbian manual of music analysis in electronic form.

He is the representative of the Composers Association of Serbia within the European Composer and Songwriter Alliance (ESCA).

Several verses by Fernando Pessoa in four languages. Accordingly, four movements, each with a different organisation of pitches. Beauty as a phenomenon which can present itself in very different facets. If it exists at all.