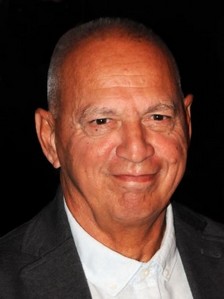 Vladimir Tošić (b. 1949, Serbia) is a composer, multimedia artist and full professor of the Faculty of Music in Serbia (now retired).

He completed the studies of composition in the class of Vasilije Mokranjac. He started his career in music pedagogy at the schools of music Stanković and Mokranjac in Belgrade. Since 1986 he taught music-theoretical subjects (counterpoint, harmony and musical forms) at the Faculty of Music in Belgrade.

The most important works by Vladimir Tošić include Varial, Dual, Trial, Voksal, Fisija, Altus, Medial… All these pieces exist in several versions, for various instruments and ensembles.

The piece Motuos was written in 2021, and this performance at the International Review of Composers will be its premiere. Its title is composed of words ’motus’ and ’ostinato’ since these are two dominant features of the piece.

The work consists of three segments: the first and third are more energetic – both in terms of dynamic and rhythmic component – while the middle part is calmer in character. Each segment is based on the same principle: the sequential rising repetition of a melodic-rhythmic model, built on a perpetual dialogue between the bass and soprano parts, which changes gradually during the process of repetition. This represents a point of difference between Motuos and the series of compositions entitled Medial, which dominated my output over the last ten years, and which were based on mediant relations.

Thus, in line with all my compositions up till today, the compositional process is based on the repetitive-processual organisation. This time as well the accent is placed on maximal communicativeness, while preserving all important features of my compositional style.