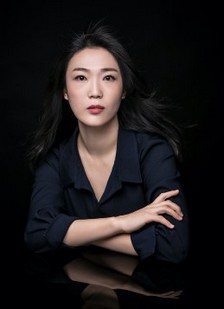 The work of composer and pianist Jiyoun Chung (b. 1982, South Korea) has received many distinctions and awards and is often heard in festivals and concerts in Asia, Europe, and the United States. She currently resides in Seattle and teaches composition and theory at Central Washington University. Chung’s current interest in composition lies in encompassing various cultural influences into her works. Her own identity as a Korean immigrant plays a big factor in her music making. Having two different cultural perspectives as she has enculturated into the United States allows her to see one culture as an abundant source of creations from the point of view of the other. Thus, embracing both in the compositional process comes naturally to her, however, Chung’s works are not limited to the fusion of Korean and concert music. While the wealth of inspiration derives from the East Asian culture, other inspiration comes from various musical portraits and genres such as contemporary concert music, K-pop, jazz, musical theater, hip-hop, street music, and world traditional music. Languages, structures, timbres, and vocabularies from those different musical arts have expanded her musical palette, which helps to speak to a broad range of audiences.

Freestyle Battle for Clarinet, Violin, Cello, and Piano was written in 2021. One day, I was watching a b-boy dance battle and was amazed by their movements. What also fascinated me was that what b-boys do is very similar to what musicians do in chamber music. They play with different textures as we do. Unison, solo, polyphony, canon, cadenza, techniques, artistry, basically everything we hear in chamber music is in their dance. So, I decided to write a piece drawing from the street culture of B-boy dancing to create an analogous musical vocabulary reflecting the gestures, rhythms, and expressive physicality of this art form. Throughout the piece, listeners will hear the musical reinterpretation and reimagination of the movements of breakdancing such as toprock, downrock, power moves, and freezes.