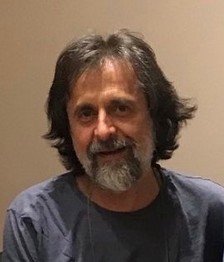 Predrag Repanić (b. 1958, Serbia) earned a B.A. and M.A. degree in composition under the supervision of Srđan Hofman at the Faculty of Music in Belgrade. Thanks to a scholarship from the German Institut für Neue Musik und Musikerziehung, he attended the 35th Darmstadt Summer Course (1990), where he attended lectures by Helmut Lachenmann and Iannis Xenakis, and he was an active participant of the course by Brian Ferneyhough. He is a full professor of the Faculty of Music in Belgrade, Department for composition, where he teaches music theory with a particular focus on vocal counterpoint. Repanić has presented papers at a number of Serbian and international conferences on music theory and analysis and published multiple scholarly articles on contrapuntal theory.

Repanić has composed works of various forms and genres, vocal and instrumental, from solo to symphonic works. His works have been performed multiple times at concerts and festivals in Serbia and abroad, such as Muzika u Srbiji (MuS), Music Review in Opatija (TMSJ), International Review of Composers, Europhonia Festival in Zagreb, Open Music Festival in Milan, Musical Evenings of Radio Belgrade 3, concert cycles of the Belgrade Philharmonic, East-West Festival in Argentina, etc. Repanić was one of the finalists at the 2016 Prix Europe Broadcasting Festival in Berlin. The majority of his pieces have been recorded and their studio recordings are kept in the sound archives of the Serbian Broadcasting Corporation (RTS) and the Sound Studio of the Faculty of Music in Belgrade. These performances and recordings were made by renowned ensembles and performers. Repanić has won multiple awards of the Composers’ Association of Serbia, as well as Josip Slavenski Award, Student October Prize, and Vasilije Mokranjac Fund Award.

The piece Čitajući Dantea [Reading Dante], for narrator, singers (bass, soprano), instrumental ensemble and optional electronics, was inspired by Dante’s poetry and it was written in the year 2021 when the world marked 700 years of death of the great poet. The piece consists of three movements connected attacca: Firenca, tamo daleko [Florence, far away], Bilo jednom u raju [Once upon a time in Paradise] and Ritornelo nade [Ritornel of Hope], whose titles indicate the programmatic-symbolic character of the piece. The first and the last segment represent the instrumental historical framework based on the technique of paraphrase – a canonic elaboration of the thematic material of the caccia A poste messe composed by Lorenzo da Firenze (d.1372.), Dante’s hypothetical younger contemporary. The middle part represents a freely composed dialogue between Dante and Beatrice, an imaginary one, because selected verses do not correspond to the their original order of appearance in the Divine Comedy – instead, I selected and rearranged them according to my liking, thus giving them a somewhat different meaning. I also used and combined several existing translations of the work. Not interrupting the course of the piece, the narrator announces the singers reciting the original verses used in their vocal parts – in archaic Italian language of Dante’s Divine Comedy.