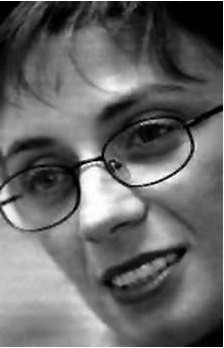 Tatjana Milošević Mijanović (b. 1970, Serbia) completed her undergraduate and postgraduate studies of composition at the Faculty of Music in Belgrade with Zoran Erić, who also supervised her doctoral artistic project, which she presented in 2013 – a two-act chamber opera titled Ko je ubio princezu Mond? (Who Killed Princess Mond?). Today Tatjana is a full professor at the same department. She also teaches composition at the Academy of Art (Akademija umjetnosti) in Banja Luka. She was a visiting professor at the Old Dominion University in Norfolk, Virginia (USA). She participated as a lecturer and member of the jury in the young composers’ course at the 15th Young Composers Meeting in Apeldoorn (Netherlands).

Supported by UNESCO, she took part in Waterproof, a project that also saw the performance and publication of her electronic piece titled Tribute for Fort Hosnwijk in 2001. Milošević has won a number of Serbian and international awards for music composition.

Tri pesme o nama [Three songs about us] for mezzo-soprano and chamber orchestra are dedicated to my husband Željko, the author of these poems, who left this world on the Christmas Eve of 2019.